Understanding Prepositions: The Most Misunderstood Words in English - 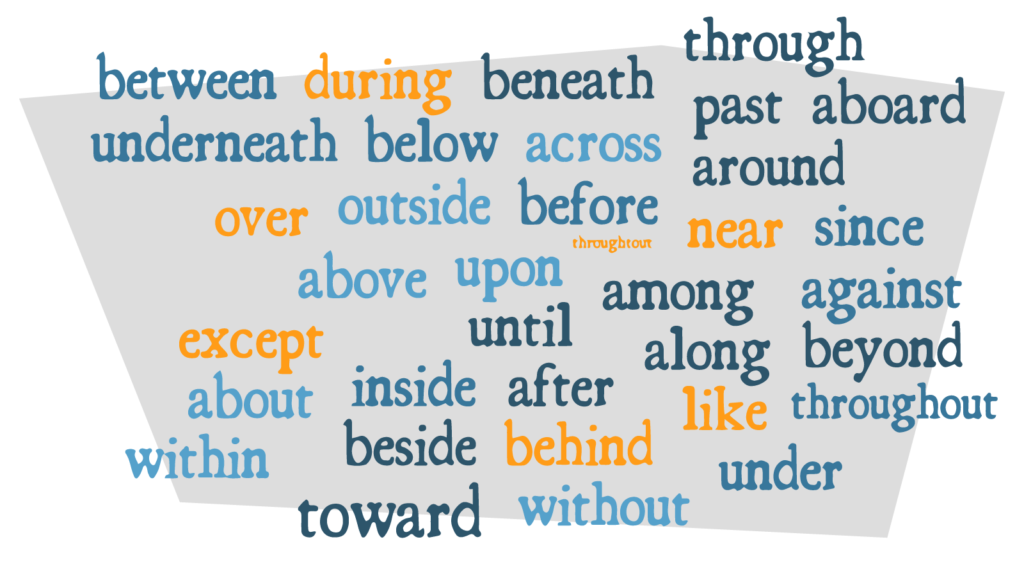 Understanding Prepositions in Use

Understanding prepositions and their use can be one of the more difficult parts of reading and writing. Prepositions and prepositional phrases exist in almost all sentences in the English language, but they seem to almost disappear through sheer volume: by being everywhere, you might not notice they’re here (this massive sentence has already used four of them… make that five).

Because of their ubiquity, understanding what prepositions are and what they do can be a bit challenging. Indeed, it can be frustrating for students preparing for college-entrance exams like the SAT and ACT.  This is because these pesky parts of speech elude the classroom for years. So here’s a quick refresher course on what they are, which are the most common, and how they usually show up on these tests.

What is a Preposition?

Why do Prepositions Matter?

Why does this matter if you’re take the SAT or ACT? The primary reason to identify prepositional phrases is to better understand the subject and verb of sentences or clauses. Many prepositional phrases on these the SAT and other tests serve as points of confusion. Often, these phrases serve only to create difficulty in the reader’s determination of which noun is the subject.

Good luck studying, and come back soon for more quick, useful lessons on the Education One blog!

Get started with Education One's comprehensive, individualized academic and personal tutoring program designed by experts with a combined 20+ years of experience.